Grammy-nominated singer, Tems, reacts following the uproar on how superstar singer, Wizkid, touched her inappropriately while performing on stage.

This is coming after fans attacked Wizkid for trying to lift Tems and getting touchy during a performance.

In reaction to the social media uproar, the outstanding female singer addressed the situation as that which is not so serious as fans took it. 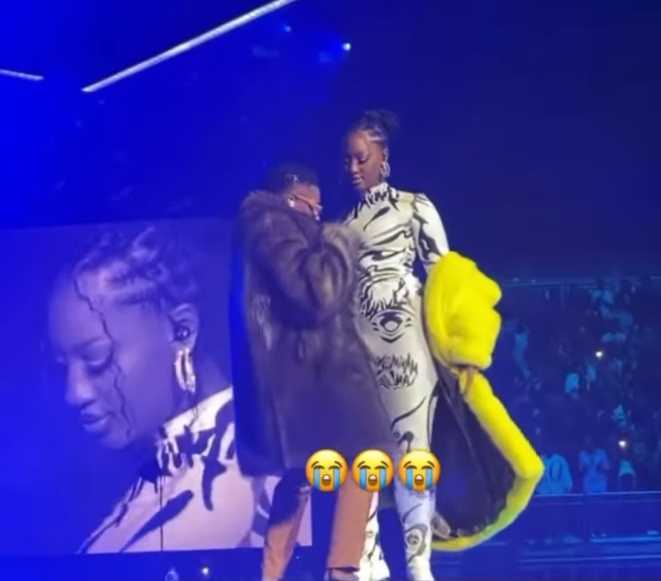 In Tems‘ words, “Wiz is my brother, someone I look up to and I’m grateful. He’s human and I am human. I love him and that’s not gonna change.”

Odunlade Adekola Ignores Criticism As He Showers His Alleged Side Chic, Eniola Ajao With Lavish Gifts

Nigeria To Play Ghana For A Place In 2022 World Cup