Professor Kayode Oyebode Adebowale of the Department of Chemistry, University of Ibadan, UI on Thursday was named the 13th substantive Vice-Chancellor of the institution.

The Chairman, Governing council, Chief John Odigie-Oyegun around 8:00 p.m. on Thursday announced that Adebowale defeated the incumbent acting vice-chancellor, Adebola Ekanola, and 14 others in a keenly contested process at the Senate chambers of the institution.

Adebowale was first appointed as the institution’s Deputy Vice-Chancellor (Administration) by Council in June 2018 and re-appointed for a second term in June 2020.

The Nation reports the process of electing the institution’s VC in the past months, had been marred with various allegations, counter-allegations and engulfed in a series of crises due to clashes and misunderstandings between various interest groups.

It was gathered that crisis in the institution started in 2020 when the indigenes of Ibadan land under the aegis of Central Council of Ibadan Indigenes (CCII) insisted that it was time for the host town to produce a VC who is an indigene of the town after 73 years of its existence on their land.

Due to inability to resolve these crises, Professor Babatunde Ekanola of the Department of Philosophy, Faculty of Arts was appointed by the Senate as the acting VC in November, 2020 for the period of six months, and his tenure was extended in June for another 6 months.

However, the process commenced afresh after a decision to restart the VC selection process was reached at a meeting of the university Council presided over by its Chairman, Chief John Odigie-Oyegun.

Born on January 11, 1962 in Ibadan, Adebowale attended UI for his first, second and third degrees respectively. 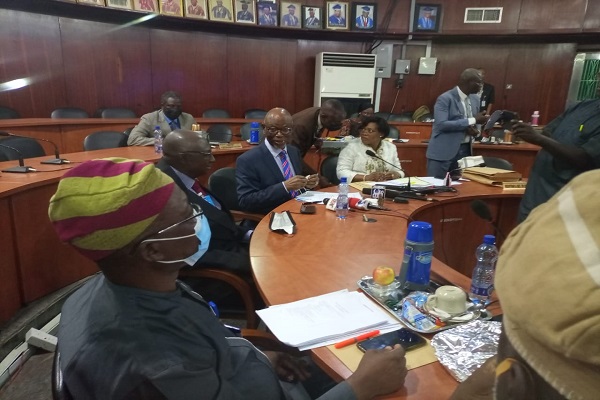 He was employed in 1987 as a Graduate Assistant in the Department of Chemistry, and was promoted to the professorial cadre in 2006.

Adebowale held many administrative positions and served on several Committees of the University of Ibadan.

He was Convener, Investigative Panel on the Determination of the Class of Degree of two students in the Department of Mechanical Engineering, Faculty of Technology, 2013 and the Director, Special Duties, Office of the Vice-Chancellor, between 2015 and 2016.

He has also supervised many B.Sc projects, over 150 M.Sc dissertations and 15 doctoral students. He has published over 120 articles in both local and international journals of repute. He also has one patent to his credit.

Adebowale is married to Dr. ‘Yemisi Ajibola Adebowale and the marriage is blessed with three children: Temitayo, Ayobami and Ayomitunde.