Reality TV star, Chris Adah has opined that women who say they won’t leave their cheating husbands, no matter what, are just pretenders.

Her statement is coming just a day after Nollywood actress, Nkechi Blessing said she won’t leave her husband, even if she discovers that he’s cheating on her in their marriage. 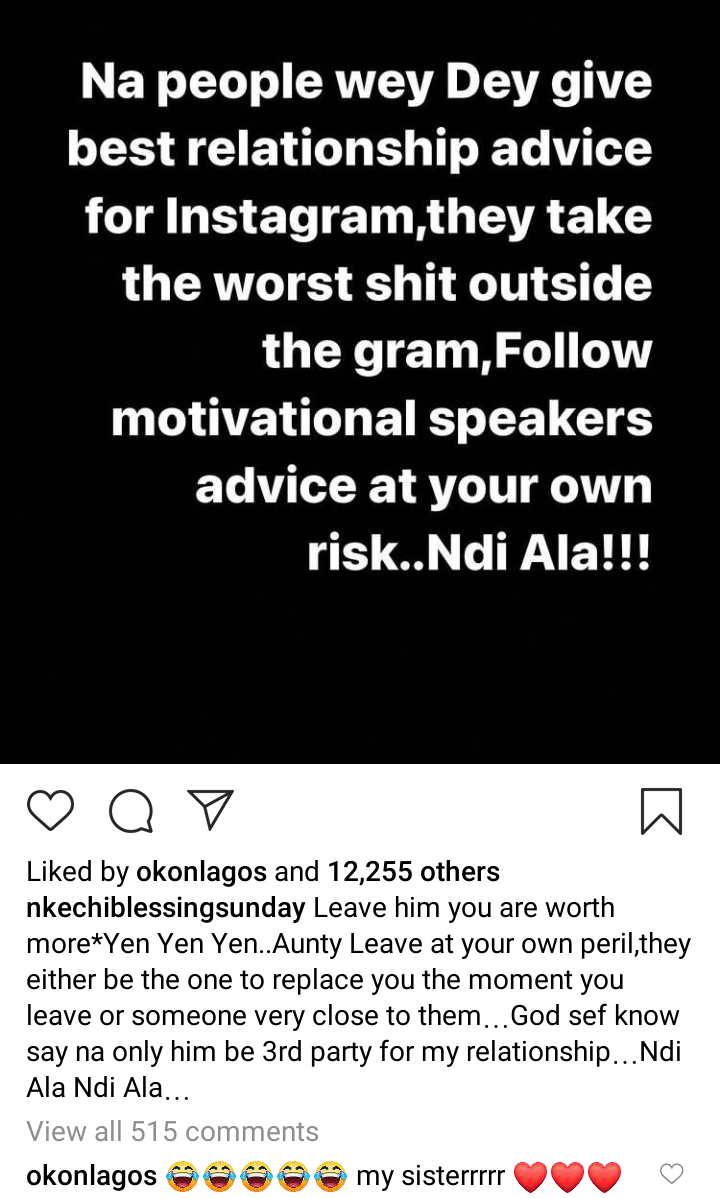 However, in a subtle swipe at Nkechi Blessing, the reality TV star says such ladies who make those statements are already dying on the inside and the cheating is already ongoing in their homes. 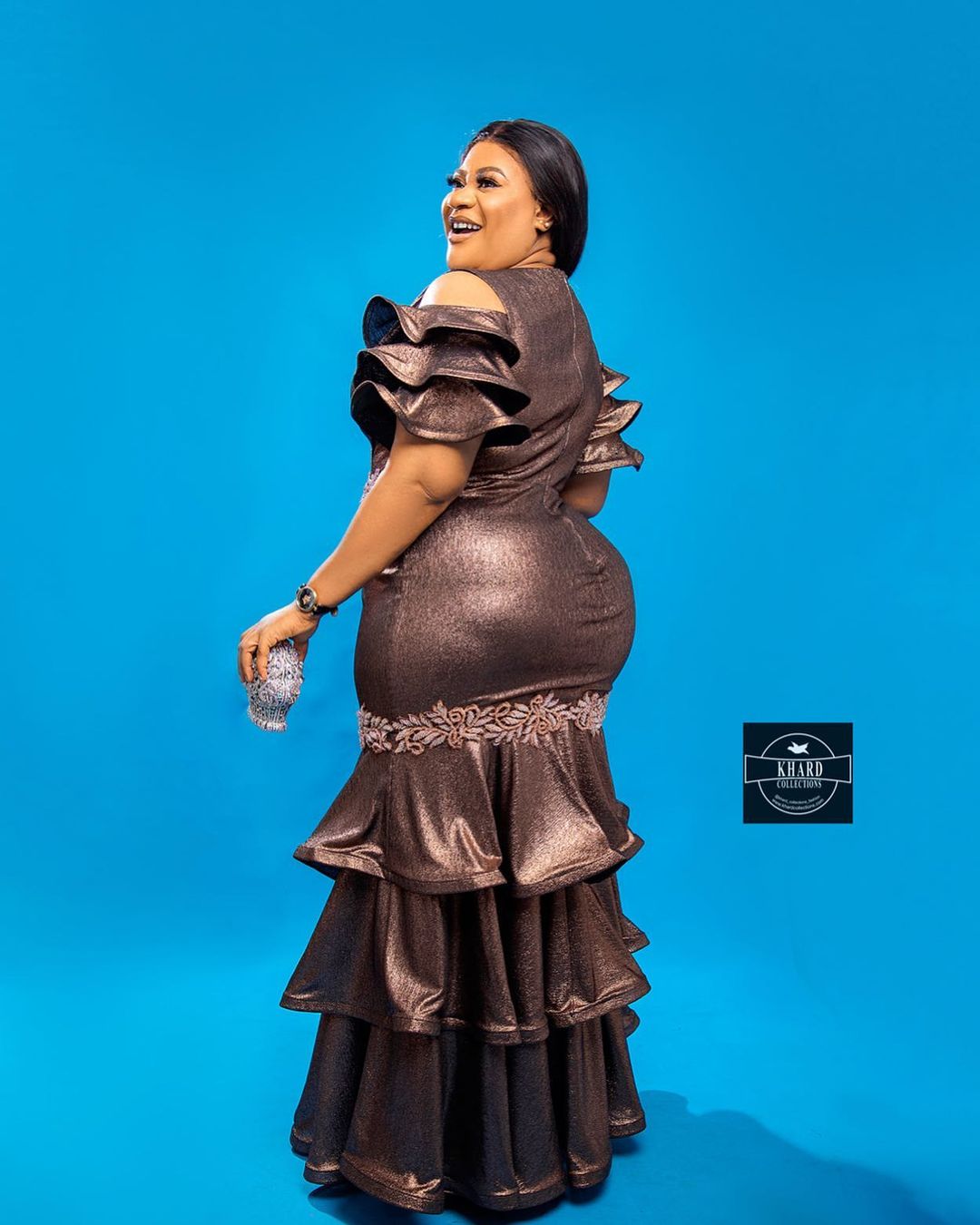 According to Ultimate Star’s Chris Adah, women who make such utterances are pretending to be what they’re not, and all that is just lies.

While taking to her Instagram stories to express her thoughts on the matter, Chris Adah wrote;

“WOMEN WHO OPENLY SAY THEY WONT LEAVE THEIR HUSBANDS WHEN THEY CHEAT ON THEM ARE NOT TWISTED AT ALL, THEY ARE JUST PRETENDING. IT IS ALREADY HAPPENING AND THEY ARE DYING ON THE INSIDE AND SAYING IT OUT IS THEIR OWN PART OF THE HEALING PROCESS. MAY GOD GIVE US MEN THAT WILL UNDERSTAND THE NEGATIVE IMPACT OF THEIR CARELESSNESS BEFORE IT BEGINS” 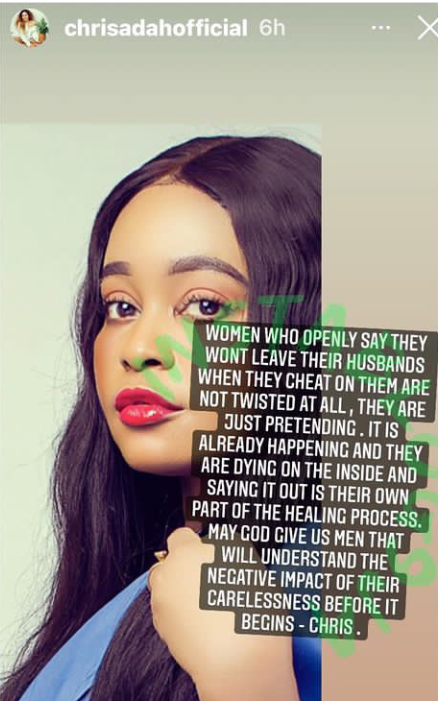