Shine Ya Eye housemates of the Big Brother Naija show witness a scary moment after fellow housemate, Michael, acted out of overwhelming emotion.

During the Jacuzzi party on Friday, Michael’s song was played by the show organizers and in a matter of seconds, the housemate went through a pool of emotions, from being super happy to crying his eyes out.

Peace, Tega, and others tried to console him but couldn’t get through to him until Liquorose asked him what the problem was.

“I just miss my dad because he knows. I just see his smile and then I can’t even call him,” he said. 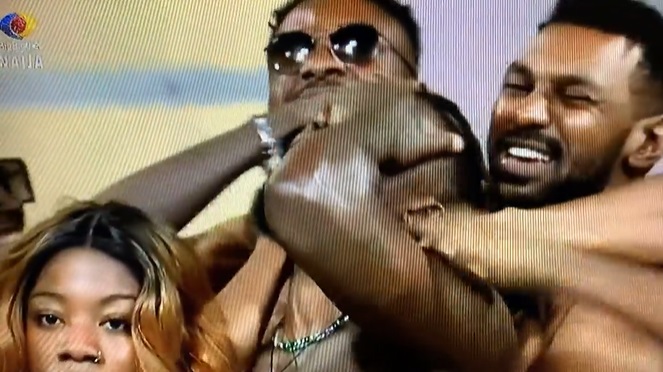 Liquorerose pleaded with Michael to calm down but instead, he went into the bathroom to punch the walls leaving the bathroom with a hole in it.

His rage triggered fear among housemates who openly expressed worry.