Nollywood actor Yul Edochie expresses disbelief as he reveals a funny message that was sent to him by a fan via his Instagram page.

Edochie is known in the industry for having a unique kind of voice that spells authority.

In a message sent to him by a fan on Instagram, the fan had accused Edochie of spoiling his TV with his voice while they were watching one of the movies he acted titled, “My sorrow of pain”.

Reacting to this, Edochie shares the message. 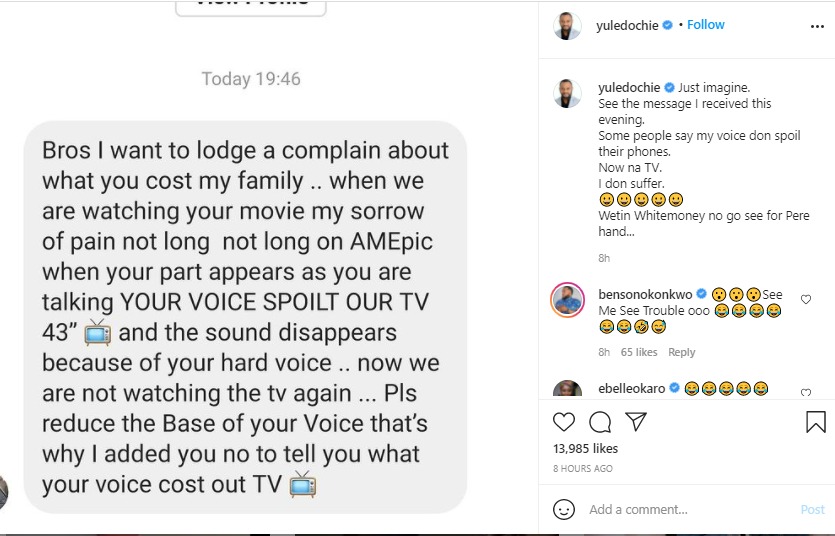