Controversial Bobrisky has shamed those who are still broke because they have continued to keep raining insults on their helpers.

According to Bob, this also applies to those who troll people with their business pages on social media and end up not making sales. 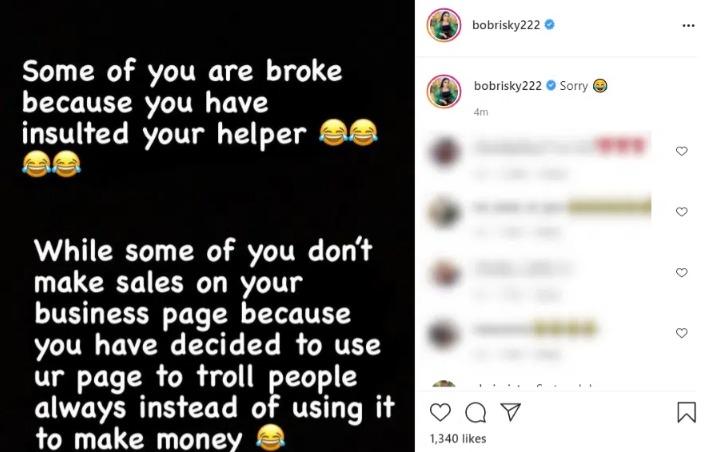 In other news, housemate Liquorose has advised Sammie to stop faking his personality.

In a discussion with Sammie and WhiteMoney on Thursday afternoon, the dancer had advised sammie to stop being fake but be himself.

She also advised that he should also desist from faking his reactions to things and get ready for the changes he might experience outside of the house.