Nollywood actress Benita Onyiuke has become the mother of three as she welcomes her new bundle of joy.

The film star took to her official Instagram page to drop the good news that’s worth celebrating.

The actress who already has a daughter and a son welcomed a baby boy. Benita shared the news in an Instagram post which came with the caption “Somkelechukwu”. 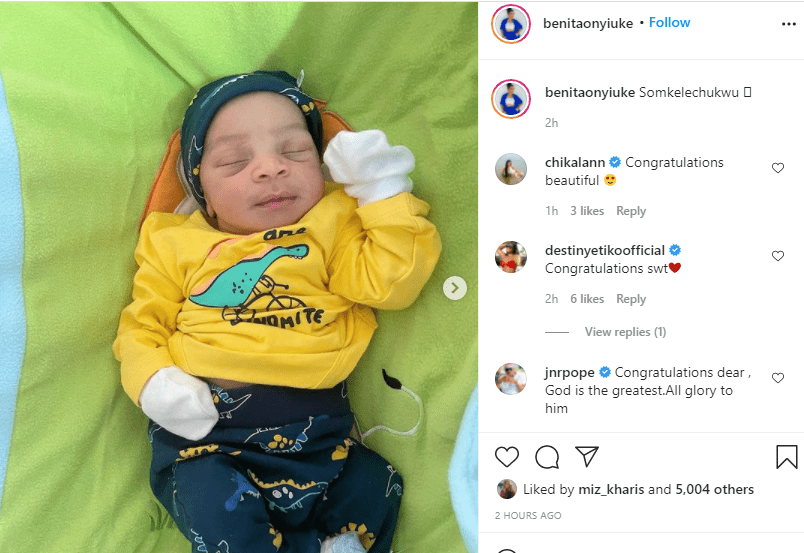 As the celebration heightens, the mother of three shared stunning photos from her maternity shoot. In one of the photos, Benita and her two kids were eye-catching donned in blue ropes as they posed with fruits.

In the caption of the photo, she revealed that another child who will be dressed in a blue rope is added to the family.